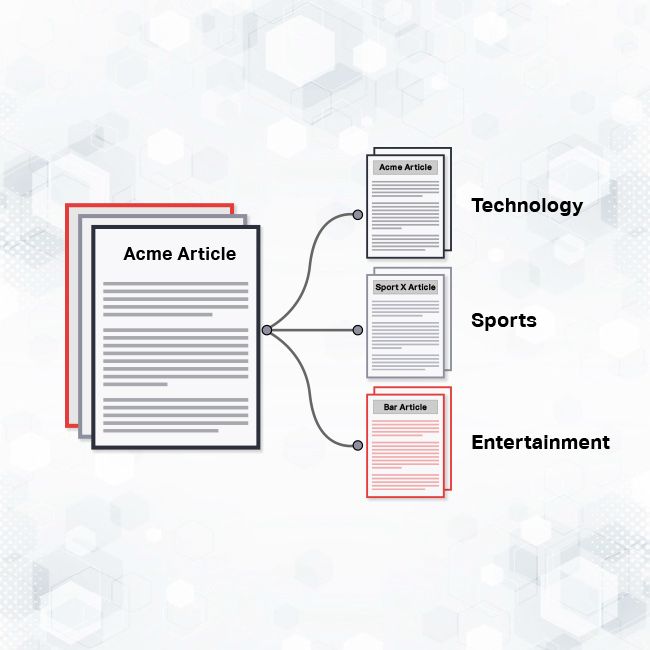 Document classification is a method of automatically organizing unstructured text-based files such as .docx or .pdf into categories. By classifying files based on their content, text document classification can be used for consistent categorization even if file names are inconsistent or unrepresentative of the content, or if they are in different formats, such as scans or images.

Document categorization is important for organizations who need to deal with a variety of paperwork such as public sector, healthcare, finance, legal, and the like. For example, a lawsuit may need a large number of documents to be submitted as evidence such as contracts, email exchanges, invoices, bank statements, transcripts, and so on. These may vary widely in format, structure, and content.

Classification can be used for document indexing, storage and retrieval. This can either be for storing files in a cloud-based service, or automatically categorizing content on a website. Text classification can enable easier and more efficient search queries.

To categorize a document, a machine learning algorithm can also take advantage of the document’s structure. These can either be:

In unsupervised classification, unlabeled documents are classified into clusters based on similar characteristics. There are no predetermined categories where the algorithm can assign documents.

Rule-based classification leverages sentiment analysis, morphology, lexis, syntax, and semantics to automatically tag the text and complete a classification task. For example, wording such as ‘Customer shall’ and ‘We shall’ is generally used within contracts and agreements.

For natural language processing (NLP) algorithms to process text and text-based files, they need to be confirmed into a format that the machine can understand, namely numerical values. To do that, we will be transforming text information into feature vectors. Vectors are a list of numerical values representing some of the text’s characteristics. 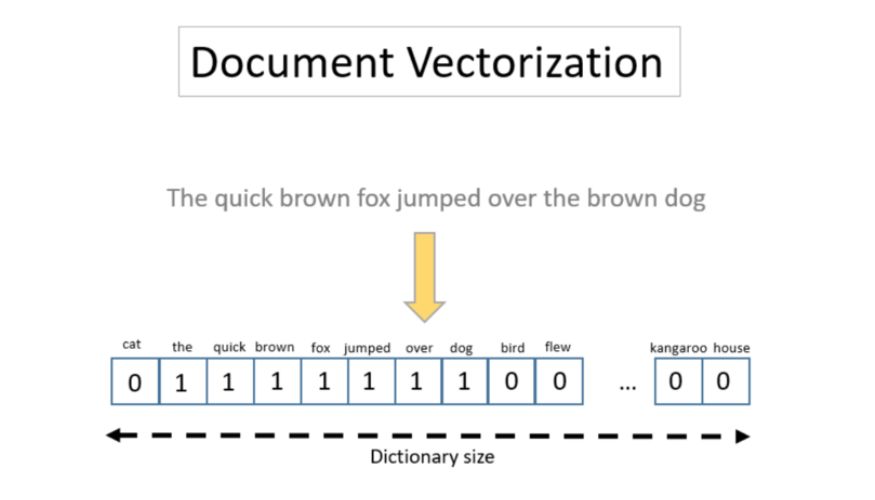 One common approach for extracting features from text is to use the bag of words model: a model where for each document, an article in our case, the presence (and often the frequency) of words is taken into consideration, but the order in which they occur is ignored.

Below is a list of models used to convert text-based files into vectors. 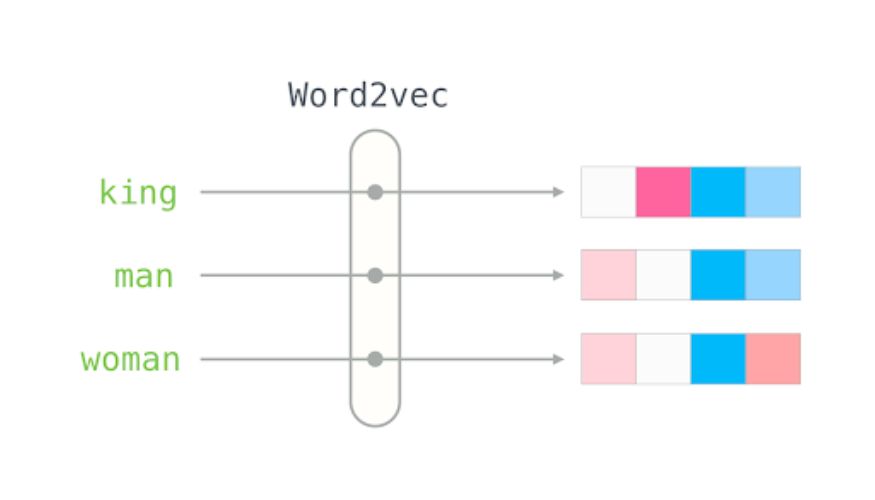 Using these models we can calculate measures such as the term frequency, inverse document frequency (TF-IDF) vector for each document. Term frequency, inverse document frequency, is a statistic which represents words’ importance in each document. This is calculated using a word’s frequency as a proxy for its importance. For example, if the word ‘loan’ is mentioned 20 times in a document, it is highly likely that the word is more important than if it was only mentioned once.

The document frequency represents the number of documents containing a given word to determine how common the word is. This minimizes the effect of domain-specific stop-words that do not add much information. The rationale behind calculating the inverse is that words which appear multiple times in multiple documents may not provide much information. However, if a word is repeated frequently in only one document, but not in the rest, the word represents a piece of information specific to that document.

Once the text is converted to a vector format, it is ready for a machine learning classifier to learn the patterns present in the vectors of different document types and identify the correct distinctions for a classification problem.

Logistic Regression is a classification algorithm, used when the value of the target text can be classified using a binary output. Using logistic regression, a document can either belong to a category or not.

Random Forest is a model which consists of a large number of individual decision trees that operate as an ensemble. Using a ‘wisdom-of-the-crowd’ approach, each individual tree in the random forest produces a class prediction. The class with the most votes becomes the trained model’s prediction. The key for a successful random forest prediction is low correlation between the decision trees within the model. Uncorrelated models can produce ensemble predictions that have higher accuracy compared to any of the individual predictions as the trees protect each other from their individual errors.

Naive Bayes classifier – Naive Bayes classification makes use of Bayes theorem to determine the probability of an item belonging to a category. Naive Bayes sorts items into categories based on whichever probability is highest.or example, what would be the probability of a document that contains the words “price” or “rate” or “VAT” to be categorized as an inovice rather than a purchase order. The model is dubbed ‘naive’ as it treats the appearance of each word in a document independently, with no correlation with other words in the text. This is highly unlikely in natural language, as words have associated semantic fields, where, for example, the probability of the word ‘politics’ is related to the probability of the word ‘government’. Despite this, Niave Bayes works surprisingly well with the Bag of Words model, and has notably been used for spam detection.

K-nearest neighbors algorithm – a supervised training algorithm which assigns new documents to categories by comparing new inputs to the ones used to train the algorithm. KNN algorithm is generally used for datasets with fewer than one hundred thousand labeled non-textual data samples. K in KNN is a parameter that refers to the number of nearest neighbors to a particular data point that are to be included in the decision making process. This is the core decision factor as the classifier output depends on the class to which the majority of these neighboring points belong. Consider if the value of K is 5, then the algorithm will take into account the five nearest neighboring data points for determining the class of the object. Choosing the right value of K is termed as Parameter Tuning. As the value of K increases the prediction curve becomes smoother. 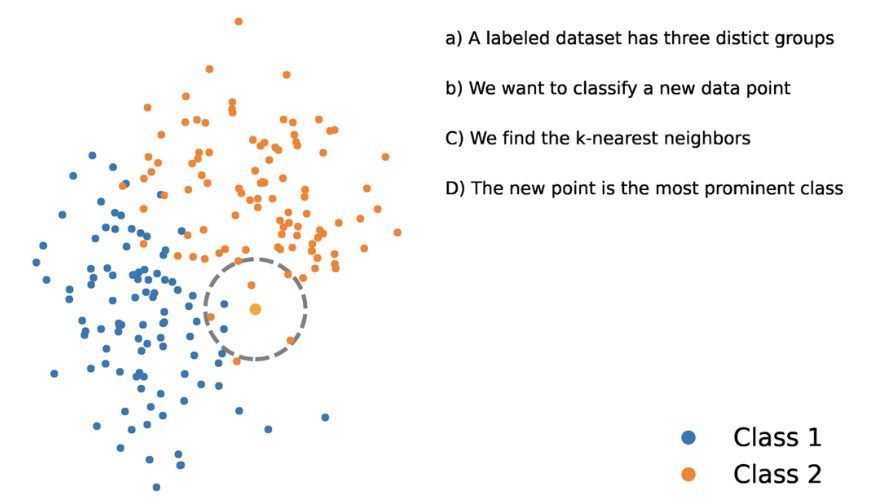 Document classification is a rapidly evolving space with many automation use cases across different verticals. It’s been a particularly helpful technique in improving services such as spam email filtering, with more use cases emerging in areas such as content moderation and document storage.

When working with supervised machine learning algorithms for document classification, the data labeling process is one of the most important factors that determines the end output quality of the algorithm. Especially when dealing with specialized industries, such as finance, legal, government, healthcare, data should be annotated by trained annotators that understand the nuances between different types of documents.

iMerit natural language understanding experts can help you optimize your document classification model by providing a consistent and high-quality flow of labeled training datasets. To learn more about our document and text labeling services, contact us today.

If you’d like to learn how iMerit can augment your machine learning projects, please contact us to talk to an expert.

The Stakes Are High: Best Practices For Deploying Responsible AI

Pushing the Frontiers in AI For Billions Around the World