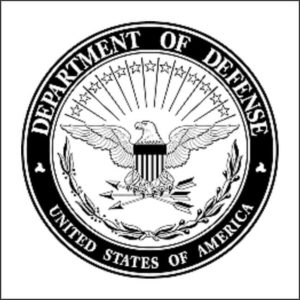 Is Hollywood’s notion of a fantasy world super-human fighting machine — a la Iron Man — too fantastical for the real world?

The U.S. Department of Defense (DoD) has tried going that route. Its Tactical Assault Light Operator Suit — a robotic exoskeleton with full-body armor — was a real thing just a few years ago. It included a complex helmet equipped with situational awareness and communications functions.

That ambitious futuristic experiment consumed five years of R&D by the Special Operations Command (SOCOM) before it was abandoned.

Now, DoD is taking an even headier approach to outfitting American troops to do battle. They are providing them with maximum protection and competitive advantage in the form of cognitive empowerment.

Prior to becoming CDO for Department of Defense, David Spirk played a key role (as SOCOM’s first CDO) in the development of the Hyper Enabled Operator system, which gives operators increased access to data using machine learning and artificial intelligence.

Col. Ryan Barnes, who leads the project, said, “We’re looking to put the internet of things and data analytics on an operator at the edge so he can make more informed decisions faster. And we are looking to do that in the classic partner nations for internal defense, unconventional warfare scenarios.”

One of the challenges, according to James Smith, is that “we need language translation that works with dialects and accents, that can understand the guy from Jersey, for instance.”

Defense is looking to work with high-tech partners who offer off-the-shelf solutions for problems like that.

Advancing AI and machine learning capabilities are a major focus of the DoD CIO’s office, which also houses the Joint Artificial Intelligence Center, an office focused on accelerating AI adoption across the Pentagon.