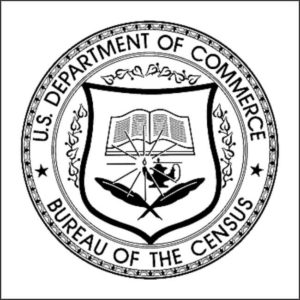 Artificial intelligence (AI) and machine learning (ML) are being used at the Bureau as a kind of backup for staff who might have overlooked data findings, according to ExecutiveGov.com.

Part of the motivation to turn to AI and ML, according to Chief Data Officer Zachary Whitman, are the problems experienced by Census employees when dealing with data stored in siloed programs.

He said AI is being used to decipher valuable data that otherwise might be overlooked and that is important to access for its search services and user engagement.

Also benefiting from AI at the Bureau, reports ExecutiveGov.com, is the analysis and organization of customer feedback, which helps to more easily flag positive and negative feedback.

The Census Bureau team produced a new interactive mapping tool in early 2018 called the Response Outreach Area Mapper (ROAM), an application that resulted in wider use of authoritative Census Bureau data, not only to improve the Census Bureau’s own operational efficiency, but also for use by tribal, state, and local governments, national and local partners, and other community groups.

To encourage responses to the 2020 Census from those who had not yet done so, the Bureau formulated a Low Response Score (LSR) metric. The number equates to what percentage of households in a census tract is unlikely to self-respond (i.e., fill out a form online or on paper).

A high LRS is not good; it means that tract presents stiff challenges to collecting the required information. Having this ranking of tracts enables Bureau staff to more judiciously allocate its human resources. LRS is cited as a prime example of how the Census Bureau deploys its own internal data to make critical operational decisions.

The source of the data that informs the Low Response Score is the Bureau’s Planning Database (PDB). It contains useful variables collected in the 2010 Census. The PDB in turn is augmented with geospatial data that is the province of the Response Outreach Area Mapper application.

The ROAM tool was used by the Bureau’s Field Operations department to isolate where to send 1,500 specialists assigned to hard-to-count communities — such as the homeless, migrant workers, and such. Following the LRS rankings, it was more readily apparent where the specialists needed to go to find the most elusive persons.

The Census Bureau has also been looking into providing confidence intervals to the LRS, helping practitioners understand how strong its estimates are for any given census tract.