We hear extraordinary stories of achievement from our team members every day and wanted to share them with you. iMerit’s success in executing high quality, accurate data tasks is reliant on our bright and inspirational team members. iMerit is a social impact company that offers opportunity in the digital economy to marginalized women and youth in rural areas. 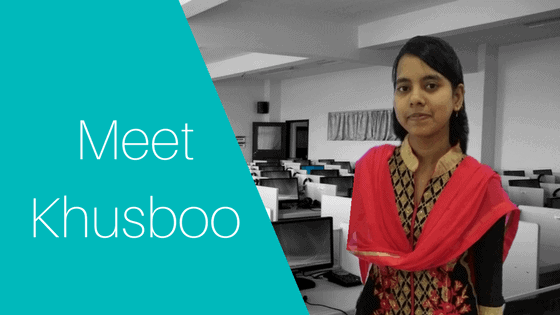 Khusboo is a bright and determined young woman who works in iMerit’s Ranchi delivery center. She lives in Irba, a small town 12km outside of Ranchi, with her seven siblings and her parents. She leverages the public transit system to get to work. The Ranchi district is a region marked by rural poverty, many local citizens work in the industrial energy field.

After she attended the MAST program at iMerit’s partner training facility, Anudip, Khusboo was selected out of a pool of applicants to work for iMerit.

Khusboo’s biggest challenge to date has been the language barrier. Growing up speaking and learning in Hindi, she is now becoming more confident with her English skills. She is energized by the workplace environment at iMerit and its implications on her life. Khusboo is a self-motivated person is driven to find a solution to any problem she encounters.

Growing up, computers were just a dream for Khusboo. From learning how to use computers at Anudip, to being interviewed via Skype by iMerit, computers are now part of her everyday life. Khusboo is looking forward to opportunities to further her education with the goal of one day becoming a manager at iMerit, something that wasn’t even in the realm of possibilities just a few years ago. 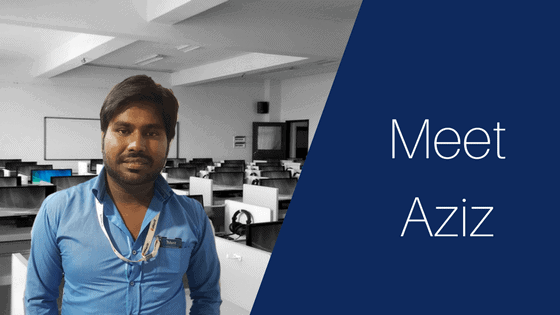 Aziz is from the same area as Khusboo in Irba, a semi-urban area. Aziz also attended training at the Anudip Foundation where he was selected to join iMerit. He has been with iMerit for four years and was one of the first Ranchi center employees.

Aziz has worked mainly on machine learning projects, his first project was in video annotation for a hand gesture project. Being a Ranchi center veteran and accomplished learner, in addition to his annotation tasks, Aziz also manages quality control on projects and helps handle many of the administrative duties of the center. This includes staffing, delegation, and equipment handling and maintenance.

Aziz aspires to be a Project Manager and would like to lead a unit. Aziz believes in iMerit CEO Radha Basu’s vision that artificial intelligence, in combination with human cognitive judgments, is the future of the IT industry. As a torchbearer, Aziz has motivated his cousins and other family members to join iMerit. He wishes to encourage and mobilize youth in his community. 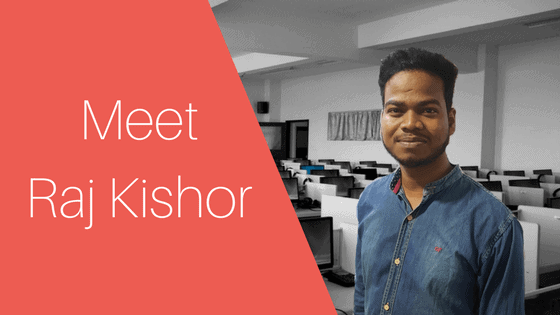 While much of the world takes access to water and electricity for granted, to Raj Kishor, it is a luxury. Raj comes from a tribal village in Jharkhand hidden from the hustle and bustle of modernization and urban lifestyle. Terrorism and Maoism lurk in the daily existence of Raj and his family. Being from a marginalized area, ignored by government programs, hasn’t dampened Raj’s spirit.

Raj moved to Ranchi a few years ago for work. When he lost his job at an NGO due to an unforeseen shutdown, Raj signed up for the MAST program at the Anudip Foundation and became one of the first employees at iMerit’s Ranchi delivery center. He is now a social influencer for his community, close friends, and family.

Raj is now a Sr. Team Lead focusing on image classification projects. He is an expert at Microsoft Excel and communicates fluently in English. As an experienced team member at iMerit, he works closely with his team to overcome challenges they face. Namely, working with them to improve their accuracy on English language tasks. It is imperative to guide his team members, spending time with them to improve their skills to maintain iMerit’s standards for accuracy and quality and delivering projects effectively.

Since joining iMerit, Raj has become more independent and socially responsible. He takes care of his own expenses while offering financial support to his family. He is funding his sister’s education as well. Raj is motivated to continue his academics while balancing his professional life. He believes that education is the key to success in an individual’s life. In addition to making huge changes in his own life, Raj Kishor is mobilizing youth from his community to encourage them to seek education to further their careers and livelihood. Raj views iMerit as a platform for opportunity.